What happens when you take a creative police department -- add an internet connection, video camera, and a laptop?

Move over, Kate Amara, the Baltimore Police Department just launched their very own LIVE daily newscast. Tune in daily at 12:30pm ET to catch this fun and interactive newscast.

“No more waiting until 6pm to watch it on TV or reading about it the next day in the newspaper,” says detective, Jeremy Silbert from the Baltimore Police Department.

How much does all of this cost?

That’s right -- with no budget, the Baltimore Police Department has creatively used the tools they already have to effectively reach you in real-time.

By using their BPD TV -- USTREAM Channel, they can broadcast video and photo content from a laptop instantaneously.

USTREAM enables anyone to with an internet connection to broadcast live video across the world from a computer or smart phone in minutes. It is an amazing platform that is free to engage and stream your content.

Silbert imagines that other police departments will follow suit. In 2012, it is vital that information is accessible 24/7.

In addition to the live weekly broadcast, the Baltimore Police Department is recording all of their newscasts which can be easily accessed online to watch on your time.

This immediacy is the future. I applaud the Baltimore Police Department for continually using the latest technology to not only save money, but to connect with us all.

We have engineered a new form of targeted advertising using a custom built R22 helicopter, outfitted with a 36 x 8 foot digital billboard.

We take your message – the foundation of your advertising campaign – and we work with you to resourcefully design flight plans that will place your brand directly above your target audience in Maryland.

"Bootcamp Lights put the WAKA brand of adult social sports in front of even more potential customers. It's fun working with companies that are as into outside-the-box business ideas as we are." 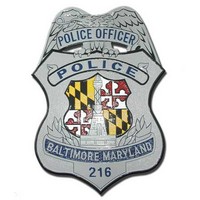